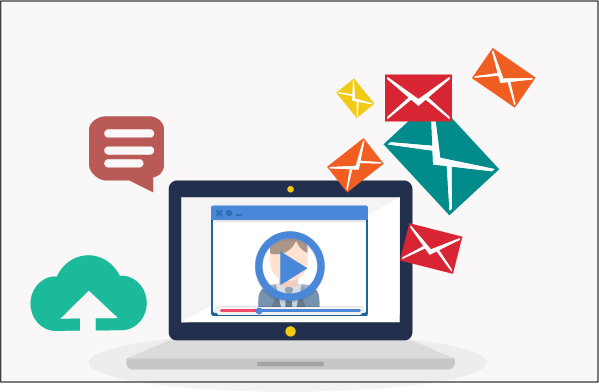 Video marketing success is not measured in how much the sales and revenue of your company increase.

It’s measured in the increase of your brand’s value and your business’s reputation in the market.

There are gazillions of videos out there, both commercial and noncommercial. This makes the chances of getting your video content noticed go from small to even smaller.

Don’t get me wrong. Video is the most effective way to sell, but there’s more to it. It’s about being creative and standing out of the crowd.

There are rather unconventional yet effective ways to tool around with your video content to get the most out of your investment.

That’s why this blog post was made: I’m going to show you creative, overlooked, yet effective ways to use video content.

While the video itself is a good medium for increasing brand awareness, some people are too busy to spare 2 minutes to watch some explainer videos on YouTube.

Most videos tend to have one or two scenes that show the best part of the video in comparison with the rest of the duration. Those parts are mostly hidden in the middle of the video or at the very end of it.

Thus, some people aren’t even watching anymore when the important part arrives.

What you can do is crop these great parts and convert them into GIFs.

Not only will this give you an opportunity to give more exposure to the parts that weren’t watched before, but you’ll also have an extra content variant that you can share with your email contact list.

There are lots of free tools that you can use to make a GIF from a video. One of my personal favorites is Giphy.

It’s a very simple yet effective way to increase visibility while driving traffic to your video content. What you can do is include the link to the source video in the GIF’s description or throw in your company’s name using the user-friendly watermark tool provided.

You can also use a GIF as an attachment to your newsletter emails to add a little bit of color and increase the engagement rate.

Think of an animated GIF as a combination between a still image and a video.

Jamie Beck, a photographer with Cinemagraph, describes an animated GIF as “a photograph that is still alive.” This means people can engage with this format quickly (like they would with a still image), yet they can extract a lesson from the highlighted movement (like they would from a video).

A pinned post on Facebook is basically a status update that you choose to place at the top of your page’s timeline. Video content will benefit from this since it gets better visibility compared to the rest of your posts.

A pinned video along with a welcoming status update is effective for reeling first-time page visitors to get to know you better. The welcoming message can be something like:

“Welcome to our page! If this is your first time visiting us, please watch this video introduction.”

A pinned tweet is similar to Facebook’s pinned posts. It’s essentially a status update that you want your visitors to see the second they visit your Twitter timeline.

It’s by far one of the most underrated features of Twitter. Pinned tweets are not reposted: they are simply bumped to the top of your page and stay there until you un-pin them.

Using a pinned post/tweet is better compared to just relentlessly sharing your video over and over again. Other than the fact that your video share might not reach the right audience, it might even result in adverse effects such as bad reviews or unfollows.

To avoid this from happening, check out our social media sharing tricks. We’ve listed four basic and easy tricks you can do to avoid negative reactions from your company’s followers on social media.

Brian Fanzo, a social strategist from iSocialFanz, answered PostPlanner’s question about what he thinks of pinned tweets:

Yes, it’s massively useful as it allows me to keep the same tweet pinned for a long while as it attracts so much attention. For the branded accounts, I try to get them to switch it up, but for my personal account, it’s extended the life of that tweet massively.

3. As the Start of an Educative Videos Series

According to ReelSEO, video “serialization” is one of the most overlooked marketing strategies for professionals and businesses. Knowing how to tell a story out of your corporate videos while providing useful information is what keeps your audience coming on a daily basis.

Serialization in traditional media has proven its worth. The audience gains a lot of benefit from it–whether it’s the story that they enjoy or the knowledge–and therefore, they’ll stay tuned and crave even more of them.

Producing a series of videos takes an approach that’s different from producing a single video. If a single video only takes a day or two for research, a video series requires more elaborate planning on the topic.

This is to prevent you from running out of sub-topics to talk about in your next videos. The videos, though, aren’t necessarily lectures and explainers; they can also be a series on a lighter subject. Check out our video series on growth hacking and marketing:

In last week’s article on how to create a series of educative videos, we wrote general guidelines that you’d need should you decide to crank out a bunch of videos as one of your marketing strategies.

4. As a Showcase of Your Expertise

The success of a company starts when their audience considers them experts in their niche. There are many ways a company can become an expert for their audience, and one of them is by hosting a webinar.

Webinars are a great way to get your message out, set your company up as a knowledge leader, and generate leads for your sales force. The hardest part about webinars is gathering the audience to attend it in the first place.

Videos can be used to tease your audience into signing up for your webinar. It is, in a way, similar to teaser trailers for upcoming movies – the purpose is to hype up the audience.

There are several key points that you must pay close attention to in a webinar teaser:

An invitation isn’t meant to be something boring and a turn-off for whoever receives it. Remember, you’re trying to capture the attention of occupied people. The shorter the invitation video, the better. It only takes about 30 seconds.

A webinar (web + seminar) is an online way to get interactive knowledge out of the internet. If the information you promise your audience isn’t that valuable, it’s not going to attract a lot of people.

But even if the information you have is valuable, your audience still needs some persuasion to sign up for the webinar. That’s where a video invitation works wonders compared to what you can do with a plain HTML email invitation.

With an oral explanation of what you’re going to be presenting, you can imply deeper messages using different tones of speech and emphasis, a way to woo your audience with the benefits they’ll get if they participate in your webinar.

Include a short introduction of who the speakers for your webinar are. Of course, the bigger the names of the speakers, the more people will be tempted to sign up for it.

Hiring a top-notch speaker might be a wise investment since a webinar is a method to increase your company’s credibility in the public eye.

Conclusion For Your Video Marketing

Instead of taking video content for granted, there are several other ways to integrate videos into your marketing strategy:

So, what do you think of using video content as a marketing strategy? Is it worth it?

Andre Oentoro is the founder of Breadnbeyond, an award winning explainer video company. He helps businesses increase conversion rates, close more sales, and get positive ROI from animated explainer videos (in that order). 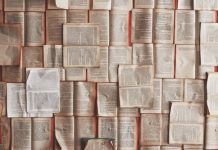 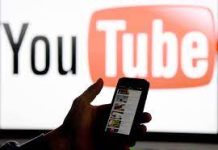 Everything you need to know about Erectile Dysfunction

How to make a clip-on twitch

Best 3D Printer for Work from Home and Official Purposes