As the COVID-19 pandemic swept the entire world in 2020 and forced traditional schooling. To take a back seat, virtual learning became the go-to solution for educational institutions worldwide. However, if teachers thought that the only challenge. They’ll have to face is to figure out how Zoom classes worked, they were in for a rude awakening.

Students are no strangers to technology. Before the shift from traditional to virtual, they have had plenty of experienc. Hiring an online essay writer to assist in their assignments and using free online resources to improve their work quality.

According to McGraw-Hill’s 2016 Digital Study Trends Survey, a staggering 81% of college students have admitted that technology has helped improve their academic performance. Thus, it’s no surprise that the current generation of students knows their way around technology much better than their professors.

However, the full effect of this mastery comes becomes apparent when you come across the various prank videos on TikTok and other social media platforms.

Why Do Students Play Pranks In Virtual Classes?

The initial months of 2020, when educational institutions worldwide were facing challenges shifting from the traditional method to virtual learning platforms, were difficult for both teachers and students. With their everyday lives entirely disrupted, these students had no other outlet to express the turmoil brewing inside them.

Once virtual classes started to become the norm, every student could feel the lack of real-life interaction more than ever. However, some quickly adapted to the new situation and found their talent in pulling off pranks in the virtual classroom. Also Read – Why Should I Learn Android App Development?

According to a child psychology expert, Elizabeth Englander, humour is a coping mechanism for these students to bring back some semblance of normalcy in a world turned upside down without any warning. This humour usually comes forth in the form of pranks on teachers as a form of taking back some form of control in an otherwise out-of-control situation.

When it comes to playing pranks, students are at the forefront of innovation. Their ideas are borderline genius as they think of new ways to make their virtual classes come to life.

Most of the pranks that students come up with are harmless. For example, in a Zoom class, Matthew Davis started texting gibberish in the chatbox. When his teacher, Mr Connor, asked the reason behind the keyboard smashing, the cheeky student blamed it on his cat. Sure enough, a tabby cat popped up on the screen, glaring at the class for having disturbed his precious nap.

While Mr Connor could not find it in himself to scold Davis’ cat, the class ended up having a good laugh.

In another instance, Haley Ronan decided to conduct a mass-bunking session in their virtual class. Unfortunately, their teacher, Mrs Drew, isn’t the most technologically advanced individual, being well above 50. So Ronan and her classmates changed their background to a black screen, covered their cameras and convinced Mrs Drew that the system had collapsed.

Their minor pranks might have provided temporary relief. Shakespeare’s Hamlet, but unfortunately, Mrs Drew wouldn’t be fooled a second time.

Another common prank among students is to pretend their internet connection is shaky. For example, George Davis from Macquarie University used to have trouble with his internet connection in the initial months of virtual classes. His screen would freeze, and his voice would be barely audible over the static.

While this was a genuine problem for Davis initially, it helped him realise that it presented the perfect opportunity to slack off in class. He would change his name to “Reconnecting…” which made the professors believe his internet connection was unstable, despite it working perfectly.

Davis’ TikTok video of him dancing to Shakira while his professor continues about quantum physics in the background garnered almost half a million views in 24 hours.

A helpful feature in many online platforms is the virtual background you can use during a video session. While many students prefer to blur their backgrounds or go with a library theme to mimic a learning atmosphere, Adam Greens decided to attend classes from space.

The next day, most of Greens’ classmates attended their classes from the forest, desert, underwater and even on top of the Statue of Liberty!

Such use of technology is a far cry from looking for a thesis statement generator online. Instead, students have spread their creativity into newer spheres, adding a breath of fresh air to an otherwise dull class.

Do Such Pranks Affect Learning?

While most pranks are meant to be harmless fun. There have been instances where these students have taken these activities a bit too far.

For example, turning on loud music during an online exam, deliberately making weird noises or removing professors from the classroom not only disrupts the class but stretches discipline extremely thin. Unless your teachers have a sense of humour, it’s best to avoid pulling such pranks.

While such acts can seem disrespectful to the teachers, the students generally do not have any malicious intent. As Angela Miles says, “It’s just to have a little laugh in class. We don’t want to offend anyone.”

Many experts believe that such pranks can improve the bond among students in a situation where human interaction is already jeopardised. However, the fact remains that teachers have had to face an immense amount of stress. Thus, it’s best to run by any wide-scale prank with the teacher first to prevent any adverse consequences of such actions.

Before the normalisation of virtual classes, the only times students would use technology in education would be to find free academic tools online to improve their assignments. But as the COVID-19 pandemic forced millions worldwide to shift to an entirely new form of learning. It brought forward the tech-savvy sides of students to come up with innovative pranks in class. While these pranks are generally harmless, it’s always best to not overdo it and risk offending your teachers.

Alley John is a freelance academic content writer. He is currently working with one of the most reputable assignment services in the UK. Alley is also pursuing his PhD thesis and plans to use his expertise to assist students struggling with their papers. He is also an avid basketball fan, having won many tournaments in college. 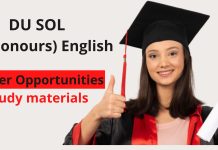 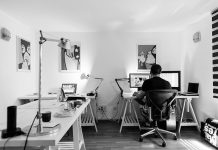 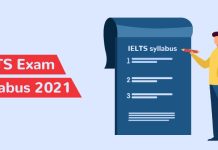 From offline to online: E-Commerce

What is the importance of writing a resume