The City of Greater Sudbury has formed a Sport Tourism Advisory Panel to continue its growth in this sector and ensure that well-informed direction and structure will benefit the entire community for the long term.

With the hosting of the 2010 Ontario Summer Games, the city made a huge splash into sports tourism. The event, which was well over two years in the making, involved more than 30 sports, almost 40 sites, roughly 1,000 volunteers, and 3,500 participants.

It took place over four days in August and attracted thousands of visitors from all over the province. The event proved to be a major success and clearly demonstrated the enormous potential of hosting sporting events.

Events like that are great for the community, said Jeff Pafford, recreation coordinator for the city. We want to expand our capabilities in event hosting and sports tourism.

Since the 2010 Ontario Summer Games, the city has played host to several other major events including the 2011 Jeux de la Francophonie, the 2011 OFSSA Track and Field Championships, the 2012 Little NHL Hockey Tournament, and a 2012 Mountain Bike Ontario Cup Race.

There are also the many locally generated events that take place annually the IMPACT Soccer Tournament, Big Nickel Hockey Tournament, and Silver Stick Hockey Tournament are a few of the big events, but there are dozens of smaller events as well that are organized by dedicated volunteers every year.

Already in 2013, Sudbury has hosted an Ontario Cup Cross-Country Ski Race and was set to host both a Canada Cup Mountain Bike Race and the Canadian Junior Amateur Golf Championships.

All are great events requiring various resources to be successful. With the help of the new Sports Tourism Advisory Panel, these resources can be allocated fairly and consistently and with regard for all sports across the community.

Expanding our capacity for sporting events in Sudbury, whether through funding, bid writing, or facility inventories, is important, and working with community groups like SportLink Sports Council and the Sudbury Sports Hall of Fame will also play a major part in building a greater environment for sport as well.

We are working to increase our capacity for sport-event hosting and competitive athlete development while showcasing our city to thousands of visitors, many of whom may never have come here otherwise, said Meredith Armstrong, manager of tourism and culture for the city.

There is plenty to see and do in Sudbury, and sports tourism is a terrific means to gaining a captive audience. Working with our local sports groups will be key to our long-term success in this sector.

There was a lot of excitement for figure skaters and fans alike at the Sudbury Arena, Dec. 15, as Celebration on Ice took over the old barn. Four world champions Kurt Browning, Elvis Stojko, Jeffrey Buttle of Sudbury, and Patrick Chan skated along with Joannie Rochette (Olympic bronze medallist) and Canadian champions Meagan Duhamel of Lively and her partner Eric Radford.

The Sudbury Skating Club received an invitation to participate in the show alongside their heroes. On the day of the show, the seniors, intermediates, and Canskaters of all levels were able to meet with the champions prior to the show for photos and autographs.Â Browning even made a special visit to their dressing rooms. His energy and enthusiasm put smiles on their faces.

For three young ladies with the Sudbury Skating Club, there was an invitation to perform a solo at the ice show. The girls had just returned from competing at the Skate Canada Challenge in Regina, Sask. Imagine the thrill of performing in front of a large audience with their idols. Sport Tourism Advisory Panel.

Sixteen-year-old Naomi Lamb described the experience as her â€œmost remarkable highlight of 2012.

I was ecstatic when I found out that I would be skating in the same ice show as Jeffrey Buttle, Kurt Browning, Patrick Chan, and other iconic skaters, she said. â€œI felt extremely honored to just even practice on the same ice as Joannie Rochette.

It was surely a once-in-a-lifetime experience and opportunity to be chosen.

For Alyssa Murray, 14, Celebration on Ice offered her the opportunity to meet the skaters she had grown up admiring as she watched them on television.

To actually get the opportunity to skate with them, be in the same show as for them, and be introduced by the current world champion, Patrick Chan, was the best gift I could ever receive, she said.

This amazing opportunity has inspired and pushed me to try to achieve the best I can in this sport. Isabelle Sonier, 16, said sharing the ice with Chan would be a dream for any figure skater.

Skating for me is not a sport, it’s a way of life. We all train so hard to be the best we can be and having the opportunity to perform for skating fans and our idols was exciting.

The experience also offered a touch of reassurance for the local skaters. Any dedicated figure skater will tell you, there are hard lessons in figure skating, Sonier said.

It is not always easy to get back up and smile after a hard fall, but the professionals we had the chance to share the ice with understanding why we do it, day after day. Sport Tourism Advisory Panel.

Wendy Philion is a long-time coach with the Sudbury Skating Club.

Heading into its second season, Greater Sudbury Roller Derby (GSRD) is looking to build on its strong debut, focusing on strategy and skill development, while recruiting new skaters to boost its membership.

The fledgling flat-track roller derby league started with 20 skaters last January and has already doubled its numbers. Its rapid growth means the league has the volume to form two home teams, in addition to a travel team, which will play across Ontario and the United States in 2013.

Our goal this year is to have two home teams, that will play each other, said league president Crystal Larose, who skates under the persona of Pinky da Pain. The girls are all at different levels, so this gives everyone a chance to play.

Larose wants to focus on skill development, in particular, training more jammers to take on the point-scoring role.

A packed schedule of eight games will give seasoned skaters a chance to hone their skills, while less experienced skaters will bout for the first time online.

Veteran skater Rebecca Bose, who skates as Skullery Made, wants to earn her way into one of the jammer positions, a role that requires endurance, agility, and impeccable timing. It’s the challenge of using her willpower to get through the pack that appeals to Bose.

You have to depend on your team to a certain extent, but not as much as you lean on the other people on the track when you’re a blocker, said Bose, whos been skating for two and a half years. If you’re a jammer and you’re coming up to that pack, it’s up to you; it’s a one-man show and you have to get through there. Sport Tourism Advisory Panel.

For other members, this season’s goals are more immediate. Lori Ouimette, known on the track as Psychopathy Red, wants to improve her fitness to earn a spot on one of the home teams, which will face off against each other May 25 in Copper Cliff and again Aug. 3 in Little Current for Haweater Weekend.

I want to be able to keep up, said Ouimette, who admitted she doesn’t have an athletic background. Last year, I got discouraged because I tried and had to stop and sit for 20 minutes. I want to get more fit so I can go the whole practice without stopping.

Skating for me is not a sport, it’s a way of life. We all train so hard to be the best we can be and having the opportunity to perform for skating fans and our idols was exciting.

The experience also offered a touch of reassurance for the local skaters. Any dedicated figure skater will tell you, there are hard lessons in figure skating, Sonier said. â€œIt is not always easy to get back up and smile after a hard fall, but the professionals we had the chance to share the ice with understanding why we do it, day after day.

She credited an encouraging environment of supportive teammates with giving her the confidence to continue pursuing her Sport Tourism Advisory Panel.

Larose said the league will continue to recruit skaters, referees, non-skating officials, and volunteers throughout the season. Unlike other sports, there are no tryouts in roller derby anyone is welcome to join.

No experience is required, and even those who’ve never been on skates can quickly learn the basic skills needed to join the league.

You don’t need to know anything, Larose said. Wel teaches you everything you need to know.

GSRD hosts its home opener, a double-header, on May 25 at the Copper Cliff Curling Club. The game time is 6 p.m. 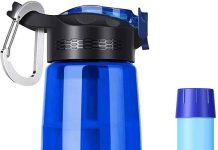 Bottled Watervs. water purifier bottle water What Should I Use? 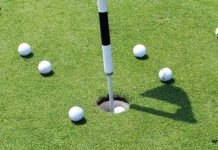 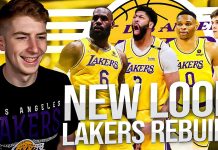 Why Cloud-Based Native Apps and Frameworks are The Future of Software Development?

Thumbnails are a great way to get more views on YouTube

Differences between a Fiction & Non-Fiction Book