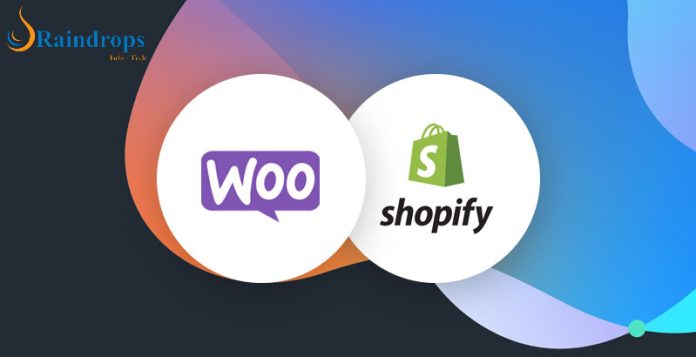 There is no denying fact that Woocommerce and Shopify both are the two eCommerce giants. So, it is quite difficult to make comparisons between the two. You may know that WooCommerce claims to be the web’s most popular eCommerce platform, but the popularity of Shopify is growing at an alarming speed. Shopify now powers more than 800,000 online stores. Again in recent years, there is a growing demand for people to choose Shopify over WooCommerce as their eCommerce platform. So, now the question is which is the best? Though it is very difficult to answer this question very clearly, a positive discussion can be helpful for you to choose the Best eCommerce Platform between WooCommerce and Shopify that suits your business needs.

The thing to Consider While Choosing an eCommerce Platform:

There are several things that you should look for while choosing your eCommerce platform which includes:

Now find out the eCommerce platform that you choose between Shopify and WooCommerce stands on these basic requirements or not according to your requirements.

A Competitive Study Between WooCommerce & Shopify:

No doubt, both the two eCommerce platforms are equally popular and easy-to-use eCommerce platforms. But both WooCommerce and Shopify have their unique features, strengths and weaknesses. If you look at the reviews of the business owners regarding the usefulness of WooCommerce and Shopify, you can find several opinions that will be helpful for you to choose between the two for your specific business. Now let’s come to the main point. If you dive deep into the topic, you can find some basic differences between WooCommerce and Shopify.
Firstly, Shopify is a one-stop-Ecommerce platform that is designed to offer you everything that you need to start an online business. On the other hand, WooCommerce offers more customization options. It simply means that WooCommerce will offer you a lot of freedom to build your store.
Secondly, As WooCommerce offers more customization facilities; it is not easy to manage for beginners. On the other hand, Shopify can be the best choice for a beginner.
Thirdly, if you are looking for an all-in-one package from your eCommerce store, you must go with Shopify. On contrary, WooCommerce is good for a specific business with more functionality.

From the above discussion, you have already come to know that Shopify is a complete eCommerce platform that provides out-of-the-box eCommerce solutions featured with all basic functionalities. It is a hosted solution, which allows the users to run this platform without knowing the technical sides. These flexibilities help Shopify to emerge as an excellent option for Ecommerce. So, if you want to create an eCommerce store without wasting much time, Shopify can be a good choice for you.

Know About the Advantages of Shopify eCommerce Platform:

Now, look at some of the advantages of the Shopify eCommerce platform. But make sure you hire the best Shopify Experts who can help you to implement your Shopify store with full functionalities.

Shopify will allow you to figure out the exact amount that you will be paying monthly.

Shopify will offer you thousands of apps so that you can extend your store.

The themes offered by Shopify are excellent

Shopify is a hassle-free solution for you as it handles everything on its own ranging from hosting to security.

You can launch a Shopify in just a few minutes.

Know About the Disadvantages of Shopify eCommerce Store:

Shopify has some limitations as well which include:

With Shopify, you have less control over your site.

Sho anyone to specify does not offer the best customization.

Unlike Shopify, WooCommerce is an open-source plugin that ensures easy development of modern webshop using the WordPress platform. Make sure, you adopt WordPress as your CMS to install and activate WooCommerce. In contrary to Shopify, with WooCommerce you have to purchase your eCommerce hosting that backup and optimize an eCommerce store for better performance. It is obvious that WooCommerce is more complex than Shopify, but it will allow you to have full control over your store. It makes WooCommerce popular among technical users who focus on their specific goals.

Know About the Advantages of WooCommerce eCommerce Platform:

Now look at the advantages of WooCommerce Stores before you choose it for your eCommerce store:

WooCommerce offers more functionalities and customization of an online store.

It allows the users to have better control over their store.

WordPress is supported by a huge community so as WooCommerce.

The themes and plugins of WooCommerce are endless.

You can sell any product with Woocommerce.

It is featured with integration capabilities.

Woocommerce is an SEO friendly platform

WooCommerce is simple to configure on WordPress.

Know About the Disadvantages of WooCmmerce eCommerce Platform:

Now look at some of the disadvantages of WooCommerce as an eCommerce platform:

You need to learn a bit about WordPress while creating a WooCommerce store.

WooCommerce seems to be more expensive than Shopify due to some additional factors like plugins, themes and hosting.

With WooCommerce, you have more responsibilities from hosting to security and maintenance to backups.

As a business owner, the first thing that you need to evaluate while choosing an Ecommerce platform is cost. Shopify is a cost-effective solution as there is no set-up cost for it. Only, there are multiple monthly basic plans for Shopify. On the contrary, WooCommerce demands set up costs including domain name, SSL Certificate and WordPress Hosting account. But in recent times, some hosting companies provide free domain names, free SSL Certificates and discount on web hosting to some specific businesses that can dramatically reduce the basic WooCommerce Pricing.

So, you can choose the Best eCommerce Platform for your business between Shopify and WooCommerce based on several factors including affordability, scalability, flexibility and many more. But before you choose one, you must have a clear idea about the two platforms. Though both of these platforms will allow you to sell products easily on online platforms, still you must keep in mind that Shopify provides a platform as a service, whereas WooCommerce is a self-hosted eCommerce platform. 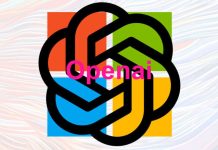 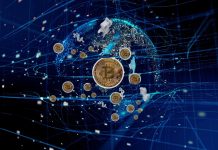 SEO For Crypto Backlinks: How It Differs From Traditional SEO Strategies 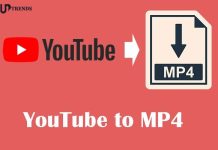 How To Convert Videos From YouTube To Mp4 Without Losing Quality

Prepare For The Ever Popular CEH Exam

All You Need To Know About Fake Lashes For Monolid Eyes

How To Choose A Website Design Firm in Malaysia