Is Bitcoin Really a safe haven For Investment

We will discuss in this article about bitcoin a safe haven in times of crisis.

Cryptocurrencies make up less than one percent of global investments. Nevertheless, they manage to attract a disproportionately large amount of attention in the media and social networks compared to traditional financial stocks. How did Bitcoin fare during the Corona crisis and is the oft-quoted statement “Bitcoin is the new gold” true?

When the global financial markets crashed at the beginning of March, the crypto market and above all Bitcoin were also pulled down. Some assets, such as oil, suffered particularly from the Corona crisis, as global air traffic, for example, came to an almost complete standstill, but mobility in general also fell sharply. Even the price of gold, actually the “safe haven” in times of crisis, has since fallen sharply.

The reaction of other cryptocurrencies and Bitcoin a safe haven in Corona?

The second-largest cryptocurrency, Ethereum, also suffered sudden losses and plummeted by almost 70 percent in US dollars from mid-February to mid-March. For comparison: Bitcoin lost a good 60 percent of the price over the same period. Most recently, however, both cryptocurrencies have set new annual highs themselves. Ethereum has been around 150 percent up since the beginning of the year. With Bitcoin, however, “only” 50 percent are on the clock.

The third-largest currency, Tether, showed only minimal fluctuations, which can be explained by the fact that this cryptocurrency is pegged to the US dollar. The bond was also quite stable during the crisis. Due to this coupling, however, few price jumps were to be expected compared to the US dollar.

The equally popular currency Ripple, which wants to establish itself in particular as an alternative to traditional banks, has also slumped by around two-thirds. In contrast to Bitcoin and Ethereum, Ripple has not yet been able to recover from the shock and is still around 30 percent below the pre-circle level. Since the beginning of the year, there has been an increase of almost 25 percent.

Is Bitcoin Really the New Gold?

Long before Corona, Bitcoin was called the new “digital gold”, as an allusion to the status of the crisis-proof investment of gold. Now the first practical test for the cryptocurrency followed. However, even the price of gold suffered losses initially. For example, the precious metal lost 4.90 percent of its value on March 12, 2020, while the S&P 500 index suffered a loss of around ten percent. The gold price then recovered faster and was able to make up for the losses a few days later. Since Corona low in mid-March, the price gains have been around 35 percent. Bitcoin is still a long way from that. The record high was dated February 23, 2017, at around $ 19,890. In comparison, the discount is still 44 percent.

The price of gold is now scratching the $ 2,000 mark and is already at a new all-time high. The big question remains, how stable is gold over the long term. After the financial crisis in 2007, gold climbed to a record high of around 1,920 US dollars by September 2011. However, whoever caught in the bear market by early 2016.

Development of financial market and Bitcoin a safe haven after Corona?

The stock market, for example, the Dax, also started an unexpectedly early and strong recovery phase. However, the most important leading indices are only now approaching their pre-crisis level again in the summer months. However, that was also the record high.

Cryptocurrencies like Bitcoin have shown strong resilience during this crisis. BTC has not been able to establish itself as bitcoin a safe haven alongside gold, but investors remain loyal to the digital currency.

Many investors also fear a second crash on the financial market because the downturn and the negative earnings figures will probably only become apparent in the second half of the year. This could lead to a nasty surprise instead of a year-end rally on the financial market. For Bitcoin, on the other hand, there is little to fear in this regard. Nevertheless, a certain degree of collateral damage to the digital currency would of course be conceivable in the event of another crash.

Of course, there is never an exact reason for the price crash, but some events are more likely than others. In this case, it was the fear of market participants and a chain reaction in particular. This explains, among other things, the rapid recovery. However, cryptocurrency-based loans also appear to have played a role in the short-term decline in Bitcoin prices.

Immediately before March 12, experts estimate the amount of Bitcoin-secured loans to be at an all-time high. These are loans to private individuals or companies that are deposited with cryptocurrencies. Should someone not be able to repay their loan, the digital coins serve as security.

Now, however, when the cryptocurrency depreciates, borrowers will have to provide more collateral. Usually this means depositing more bitcoins or other cryptocurrencies. Sometimes this has to be done very quickly, otherwise the loan will be canceled.

This process is also known in technical terms as “margin call”. So if more collateral is not provided, which is sometimes not so easy in the short time, the loan is reclaimed. This also increases the pressure to sell the crypto currency and falls accordingly Unfortunately, there are no reliable figures on how many Bitcoin-secured loans are in circulation, but the volume could amount to several billion US dollars. For this reason, it can be assumed that loans based on cryptocurrencies and especially Bitcoin are short-term Have contributed to falling prices.

Bitcoin, gold, foreign currencies – where were the safe havens?

According to the writers of the study “The Impact of the COVID-19 Pandemic on bitcoin a Safe Haven Investments,” “we believe that conventional assets like gold and silver are investing capital in the days when they need it most. could not protect. ” They also note that “Bitcoin is not the ‘new gold’ as it lost nearly half of its value during a sell-off due to COVID-19 on a trading day.”

An expert from the industry also emphasizes that one should be careful. Whenever there is warping in the stock market, “a lot of people who have invested in cryptocurrencies will lose a lot of money,” Changpeng Zhao explains in an interview with Bloomberg. He is the CEO of Binance, one of the largest crypto trading platforms in the world.

“Investors then want to convert those investments into cash. This harms the asset classes and pulls the crypto market down, “he explains. He recommends:” People shouldn’t claim that Bitcoin is a safe haven too literally. “Because Bitcoin doesn’t seem to be secure. But what is certain during a crisis?

Bitcoin doesn’t exist actually neither you can contact it nor you can seel it. It is a computerized money that exists as addresses. It tends to be lost or hacked on the off chance that you won’t receive the safety measures. Prior to purchasing bitcoin you need to get a safe bitcoin wallet that keeps your crypto resources safe. There are some protected ways that you can receive to keep your BTC resources safe i.e storage wallets. The start of Bitcoin may have been obliterated by hacks and cheats, in any case, with the innovation getting more overseen and confirmed by overall monetary organizations, it has by and large rise up out of the shadows and procured a degree of realness. As the innovation has gained more broad affirmation, better ways to deal with buy, sell and store Bitcoin have made it a simpler, more supportive, and safer speculation method. There are a few dangers additionally related to put resources into bitcoin i.e bitcoin costs may fall after you contribute, Someone could gain admittance to your private key and take your bitcoins. To stay away from something like this you must keep safe storage. 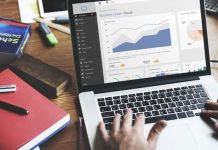 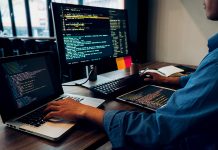 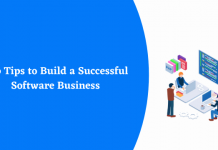 Quran Memorization is a Great Way to Get Closer to Allah

Everything You Didn’t Know About Lard 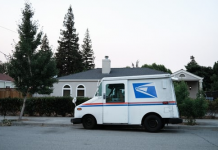 Is there a way to save on shipments to Germany? 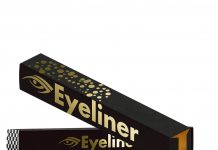 Get The Best Eyeliner Boxes To Coquetry Your Showcase 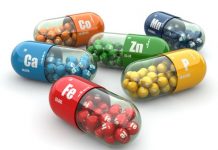 what is 5G and what is the benefit of 5G?