Robin Hood is one of the most popular outlaws in British folklore. He is known for robbing the rich and giving to the poor, and his story has been told in many different ways over the years. But who was Robin Hood? Was he a real person? And if so, what was his story? In this blog post, we will explore the history and background of Robin. We will discuss the various levels and legends that have been told about him over the years and the evidence that suggests he may have been a real person. Whether he was a folklore figure or an actual outlaw, Robin Hood remains one of the most iconic characters in British history.

Who was Robin Hood?

There are many different stories and legends about the famous outlaw Robin.His father may have been a nobleman, and his mother a woman of high social status.

Robin Hood became an outlaw after he killed Sir Guy of Gisborne, who was trying to steal from him. He then went on to live in Sherwood Forest with his band of Merry Men. They would rob the rich and give to the poor.

Over the years, the legend of Robin has been retold many times. In some versions, he is seen as a hero, while in others, he is more of a villain. But whatever people think of him, there is no doubt that he is one of the most famous figures in English history.

The Legend of Robin Hood

Robin Hood is one of the most popular figures in English folklore. The legend of Robin tells the story of a brave and heroic outlaw who fought against injustice and oppression.

The earliest known reference to Robin is from the 12th-century poem ‘Piers Plowman.’ This poem presents Robin as a positive figure who represents hope and justice. Over time, the legend of Robin Hood evolved, and he became increasingly associated with robbing the rich to help the poor.

The legend of Robin has been retold many times in literature, film, and television. He remains an enduring symbol of heroism and rebellion against authority.

The historical Robin Hood is a figure who was active in the late 12th century during the reign of King Richard I. He is believed to have been born around 1160, and his birthplace is traditionally given as Loxley, Nottinghamshire. He is said to have died in 1247.

The earliest surviving reference to Robin Hood is from a charter dated 1225, which refers to him as ‘Hobbehod.’ By the early 14th century, he was being mentioned in ballads and other popular literature, and his story had become firmly entrenched in English folklore. In the 15th century, there were references to him in plays and other works of literature. The standard image of Robin Hood has changed very little over the centuries. He is typically portrayed as an outlaw who lived in Sherwood Forest with his band of ‘merry men. He robbed the rich, gave to the poor, and was renowned for his skill with a bow and arrow.There are many theories about the historical Robin Hood’s identity, but no definitive answer.

The modern-day Robin is a figure who steals from the rich to give to the poor. This type of Robin Hood first appeared in the late 18th century in England.

This version of Robin has been popularized in many books, movies, and television shows. The most famous example is the 1938 film The Adventures of Robin Hood, starring Errol Flynn. In this film, Robin is portrayed as a dashing and heroic outlaw who leads a group of merry men to defend the poor against the evil Sheriff of Nottingham.

Other popular examples include the 1973 Disney animated film Robin Hood, and the 2010 filmRobin, starring Russell Crowe. In both films, Robin is shown to be a courageous fighter for justice. He is also often portrayed as being witty and charming.The character of Robin Hood has also been adapted for many other media, including video games, comics, and even computer software. The most recent example is the 2013 video game Tomb Raider: Definitive Edition, in which Lara Croft becomes the new “modern-day” Robin Hood.Many people see modern-day Robin Hood as a symbol of hope and change. He represents someone willing to fight for what he believes in, even if it means breaking the law.

Robin Hood is one of the most enduring folk heroes in history. His legend dates back to the 13th century and has been portrayed in countless books, films, and TV shows over the centuries.Hood was a rebel who fought against authority and helped the poor and oppressed. He was a symbol of hope for those oppressed, and his story continues to inspire people today. 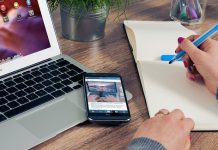 Master The Art Of Fast Food Breakfast With These 9 Tips

Get rid of QuickBooks Error C=184 with simple methods

Top 10 Benefits Of A Selenium Certification