His father Karamchand Gandhi belonged to the Pansari caste of Sanatan Dharma and was the Diwan i.e. Prime Minister of a small princely state (Porbandar) of Kathiawar during the British Raj.
The name of Mahatma Gandhi’s mother was Putlibai. Bapu, the youngest in his family, had one eldest sister and two elder brothers.

On attaining the age of 13 and a half years in May 1883, he was married to Kasturba Makhanji, 14 years old.
The wife’s maiden name was shortened to Kasturba and she was affectionately called Baa.
This marriage was the arranged child marriage arranged by their parents which was prevalent in that area at that time.

On 4 September 1888, about a month before his 19th birthday, Gandhi went to England to study law and become a barrister at University College London.
Who called you as Bapu?
Gandhi was first addressed as Mahatma in 1915 by Rajvaidya Jivaram Kalidas. He is also remembered as Bapu.

Who addressed him as the father of the nation?

Subhash Chandra Bose had asked for his blessings and best wishes for the soldiers of the Azad Hind Fauj, addressing him as the Father of the Nation in a telecast from Rangoon Radio on July 6, 1944.
When is Gandhi Jayanti celebrated?

Every year on 2 October, his birthday is celebrated as Gandhi Jayanti in India and as International Day of Nonviolence all over the world.

What does the word Gandhi mean?

Gandhi in Gujarati means grocer while in Hindi language Gandhi means perfume seller who is called perfumer in English.
Due to the care of the devout mother and the Jain traditions of that area, those influences had fallen on the young Mohandas in the beginning, which later played an important role in his life. These influences included a sense of zeal among the weak, a vegetarian life, fasting for self-purification, and tolerance among people of different castes.

South Africa (1893–1994)
In South Africa, Gandhi faced discrimination against Indians. Initially, he was thrown out of the train for refusing to go to the third class compartment after having a valid ticket for the first class coach. Not only this, while traveling the rest of the run, a European passenger had to face the blow of the driver when he came in.

He also faced many other difficulties in his journey. Many hotels in Africa were barred for them. Similarly, one of the many incidents was in which the judge of the court ordered him to remove his turban which he did not obey.

In 1906, two British officers were executed after the introduction of a new election tax in Zulu South Africa. In return the British waged war against Zulu. Gandhi actively motivated the British officers to recruit Indians. His argument was that Indians should support the war effort in order to legalize their citizenship claims. However, the British refused to give posts to Indians in their army.
Struggle for Indian Freedom Struggle (1916–1945)

Gandhi’s first major achievement was in the Champaran Satyagraha and Kheda Satyagraha in 1918, although the movement of indigo, cash-paying food crops rather than the food crops necessary for his sustenance, was also important.

But its major effects were seen when he was arrested by the police for causing unrest and he was ordered to leave the province.

Thousands of people protested and took out rallies outside jails, police stations and courts demanding Gandhi’s unconditional release. Gandhiji led protests and strikes against landlords
During this struggle itself, Gandhiji was addressed by the public as Bapu Father and Mahatma (Great Soul). In Kheda, Sardar Patel led the peasants for discussions with the British in which all the prisoners were released by the British from the collection of revenue. As a result of this, Gandhi’s fame spread across the country.

Gandhiji used non-cooperation, non-violence and peaceful retaliation as weapons against the British. The Jallianwala massacre on Indians by English troops in Punjab, also known as the Amritsar massacre, inflicted a severe blow to the country, sparking public anger and violence.
Gandhiji did both the British Raj and the regressive attitude by the Indians. He expressed condolences to the British citizens and the victims of the riots and condemned the riots after the party’s initial opposition.

After Gandhi’s emotional speech advocated his principle that all violence and evil cannot be justified.
But it was with this massacre and the violence that followed, Gandhi focused his mind on bringing complete control over the entire government and the institutions held by the Indian government, which was soon going to turn into Swaraj or complete personal, spiritual and political freedom.

In December 1928, Gandhiji made a resolution in a session of the Congress held in Calcutta in which it was asked to provide power to the Indian Empire or face the non-cooperation movement for the independence of the entire country as its objective instead of not doing so. Be ready to.
Gandhi not only brought to fruition the ideas of youth demand for immediate independence by men like Subhas Chandra Bose and Jawaharlal Nehru but also stopped his own demand for one year instead of two years. The British did not respond.

26 January 1930 was celebrated as Indian Independence Day by the Indian National Congress in Lahore. This day was also celebrated by almost every Indian organizations.

After this, Gandhiji launched a new Satyagraha in March 1930 against the imposition of tax on salt, which from March 12 to April 6, in memory of the salt movement, a 400 km journey from Ahmedabad to Dandi, Gujarat was carried out to produce salt itself. Can you
Thousands of Indians participated in this journey towards the sea. This was one of the most successful movements to break the hold of the British in India, in which the British sent more than 80,000 people to jail.

1. True spirit of service to the country (Stories of Mahatma Gandhi)
Gandhiji lived in the Sabarmati Ashram, it was at that time that the movement of non-cooperation had now started. The feeling of patriotism started coming in the people and they had decided to drive the British out of the country and adopt Swadeshi.

A young man came to Gandhiji and introduced himself and said –

I ! I am educated, I know English, I am a high noble, please tell me any work of my level! I have the passion to serve the country and I want to help you in the non-cooperation movement. Gandhiji patiently listened to the full introduction of that young man, but as soon as the young man had finished introducing himself, Gandhiji said that at present, arrangements have to be made to prepare food for the ashram, for this will you help me in making rice?

The young man reluctantly joined Gandhiji in the task of picking rice.

He was not feeling at all good doing this work.

He had imagined that Gandhiji would tell him the work according to his ability, but the opposite happened. It was evening time, the people living there were engaged in the cleaning system of the ashram, seeing that the young men were not feeling good at all.

The young man got up and wanted to take permission from Mahatma ji.
Okay Mahatma ji, now allow me to eat dinner a little early, so let us allow me to go home. The Mahatma placed a loving hand on the shoulder of that young man and said that you have the spirit of service to the country. This is a very good thing, it is appreciated. But the spirit of service to the country should be with a clean mind and a pure heart. In this, instead of considering yourself as superior, everyone should work in the interest of the country.

You must be understanding what I want to say.

That young man was understanding the words of Gandhi ji very well.

He apologized to Gandhi ji with folded hands and said that I understand your words very well.

Forgive me, I will not consider myself superior and others inferior and will serve the country with a true heart.

Untouchables by Gandhi to improve the lives of the campaign was conducted.
Gandhiji named these untouchables as Harijans whom he considered as the children of God.
On 8 May 1933, Gandhiji observed a 21-day fast of self-purification to help the Harijan movement.
World War II and Quit India Movement

World War II broke out in 1939, when Nazi Germany invaded Poland. Initially, Gandhi ji favored non-violent moral support to the British efforts, but other Congress leaders opposed the unilateral involvement in the war without consulting the people’s representatives. Did.
All the selected members of the Congress collectively resigned from their posts. After a long discussion, Gandhi declared that India would not be a party to any war if India itself was denied independence, fighting from outside for democratic freedom.

As the war progressed, Gandhi intensified his demand for independence by giving a bill called Quit India Movement to the British.

Independence and Partition of India

Gandhi advised the Congress to reject the proposal of the British Cabinet Mission in 1946 because it was deeply suspicious of the proposed grouping for Muslim-majority provinces, so Gandhi called the episode as a rehearsal for a partition. seen as

Gandhiji was against any plan that would divide India into two separate countries. Many Hindus living in India and the overwhelming majority of Sikhs and Muslims were in favor of the partition of the country.
In addition, Muhammad Ali Jinnah, the leader of the Muslim League, showed extensive cooperation in West Punjab, Sindh, North West Frontier Province and East Bengal.

The Congress leaders had given their approval to this plan of partition only to stop the widespread Hindu-Muslim fight.

the killing
On January 30, 1948, Gandhi was shot dead by Nathuram Godse while he was walking through the night on the grounds of Birla Bhawan Birla House, New Delhi. 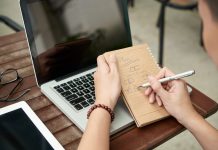 Guide to Prepare Statement of Purpose 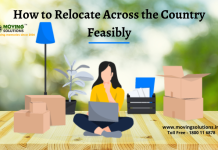 7 Stunning ways and Ideas for Floral Creations that is ready...

10 things You Need to Know About Timber Flooring in Sydney

Why and What to Store as Survival Food? 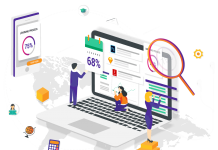 5 Practices that Can Take Your Company Culture from Nay to... 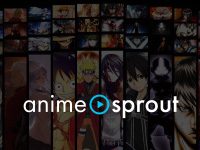 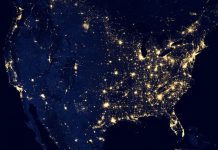 What to Look for When Searching for Data as a Service... 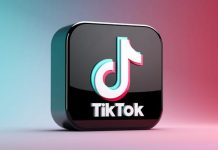 7 Ultimate Ways to Use TikTok to Enhance Your Business in...

How To Trade Forex Effectively

The most effective method to keep up the rattan garden furniture...