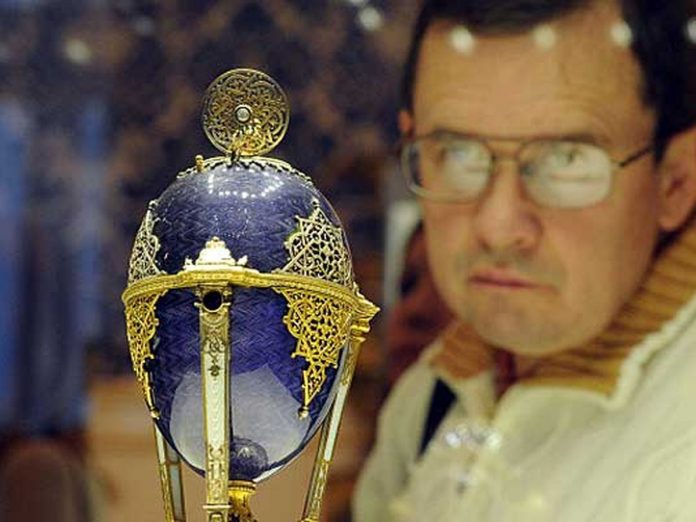 Faberge’s fame is largely attributed to using the Imperial family of Russia’s patronage to create the series of Faberge eggs collection. By commissioning Faberge as an imperial warrant and supplier to the imperial court, he was able to ignore questions of cost and time and concentrate on the challenge of creating something new and spectacular each year, a challenge he met with great success.

It is from his Easter eggs that Faberge obtained his greatest success and fame and gave them to the Empress every Easter. The tradition is believed to have started in 1885 when Tsar Alexander III commissioned an egg from Faberge for Empress Marie Feodorovna. Faberge began producing a similar Easter egg every year after this because he was so pleased with the result. His son Nicholas II continued to do so after Alexander III’s death in 1894.

The new Tsar ordered two eggs for his wife Alexandra Feodorovna every Easter! One egg was for his mother the Empress, the other for his wife, the Tsarevna. Easter has been celebrated by both the Eastern and Western Christian churches as a celebration of creation and life since hundreds of years ago. In Europe, coloring eggs and giving them as gifts were traditional. Glass, porcelain, wood, papier-mache, gold, and jewels were materials used for the creation of eggs in the eighteenth century.

Faberge would naturally have been acquainted with such eggs. According to tradition, the first Faberge Imperial egg, the Hen Egg, was ordered to remind the Empress Marie of home. She was born a Danish princess, daughter of Christian IX, and a very similar eighteenth-century hen egg was in the collection of the Danish royal family. Over the years Faberge’s eggs became more elaborate as Faberge’s imagination (and resources) soared. Each egg contained a surprise.

Between 1900 and 1911, six automaton eggs were produced (though not all were imperial commissions), the first being the imperial egg of the year 1900, the so-called Cuckoo Egg. In this egg, the surprise is a singing bird that rises at the press of a button from the top of an egg-shaped gold, enameled, and jeweled table clock. Other surprises contained within these eggs ranged from miniatures of the imperial family (the Red Cross Egg with Portraits) to a model train in precious metals (the Trans-Siberian Railway Egg).

It would seem that a total of fifty-four such Faberge imperial eggs were produced by Faberge of the king of Sweden and Norway. At the Paris Exposition International Universally of 1900, Faberge exhibited his concourse (outside the competition) since he was a member of the jury. All the imperial eggs which Faberge had hitherto made, as well as many other objects d’art, were shown in Paris at this time.

As a result, he was elected into the Legion d’honneur and was made a master of the Paris Goldsmith’s Guild. In 1903, Faberge opened a shop in London. This was done in the interest of better serving his English clientele, mainly the royal family and Edwardian high society. At first, an office was opened by Arthur Bowe from Moscow in Berners Hotel, then in 1906, a shop was opened which was managed by Nicholas Faberge, Faberge’s son, and Henry C. Bainbridge. In 1911, after some intermediate moves, premises were established at 173 New Bond Street, where business was apparently continued right up until the Revolution of 1917.

Leopold de Rothschild was a major customer of Faberge’s in London. As a coronation gift to George V and Queen Mary, he ordered from Faberge a gold-mounted rock crystal vase engraved with the royal coat of arms. Henry Bainbridge has recounted how the gardener from the Rothschild house arrived on the morning of the coronation to collect the vase and fill it with flowers for delivery to Buckingham Palace. Leopold de Rothschild also bought quantities of objects from Faberge to give as gifts, including various pieces enameled in his racing colors of deep blue and yellow. Bainbridge reports that “except in rare cases I never remember the Edwardian ladies buying anything for themselves: they received their Faberge objects as gifts from men, and these gifts were purely for the psychological moment. When that had passed, i.e., the actual moment of the giving, they completed the mission for which they had been made.”

In creating beautiful objects, Faberge did not rely on large jewels and lavish settings but emphasized design. He regarded himself as an artist whose media were jewels, precious metals, and enamels. When queried on this subject, he distinguished his work from that of other firms such as Tiffany, Boucheron, and Cartier, whom he characterized as “mere merchants.”

All of our Faberge pendants are handmade, and even the petite eggs we carry are made in limited quantities. We are proud to do our tribute to the talent and artistry of Peter Carl Faberge through our collection. All the pieces in our Faberge eggs collection incorporate the original designs in the style of Faberge and are crafted in the best traditions with the highest quality of materials and flawless workmanship.

Sovereign Maria Feodorovna got the primary Fabergé egg soon after Easter in 1885. The tsarina was so intrigued by this egg, presently referred to fans as the First Hen Egg, that it turned into an Easter Sunday staple. Her child, Tsar Nicholas II, proceeded with the practice, giving Feodorovna a few of these pieces, incorporating the Faberge Winter Egg in 1913. Right around 90 years after the fact, Christie’s brought this Fabergé egg to the bartering.

3,000 jewels across the outside of the Winter Egg in a snowflake-like example. The tsarina would have opened the piece to find an unexpected bunch of roses created with white quartz and gold wire. The blessing filled in as an intricate token of the evolving seasons, from the chills of winter to spring blossoms.

Christie’s offered the Winter Egg with a gauge of USD 4 million to $6 million. Nonetheless, when the offering war finished, it sold for more than $9.5 million to an unknown telephone bidder. “I was anticipating a decent cost yet not a decent cost,” conceded Alexis de Tiesenhausen of Christie’s Russian Department. The part established another standard for Fabergé eggs at closeout.

Five years subsequent to establishing the standard for a Faberge egg auction, Christie’s gotten back to top it. Prior to the 2007 deal, specialists didn’t realize that the Rothschild Fabergé Egg existed. Along these lines, Christie must name the actual piece. Christie’s is the lone sales management firm to have the pleasure of naming a Fabergé egg.

The Rothschild Fabergé Egg was introduced to Germaine Alice Halphen to honor her commitment to an individual from the Rothschild family. The unexpected remembered for this pink egg is a chicken with rose-cut precious stones. The bird rises up out of the highest point of the Fabergé egg toward the beginning of consistently.

Following ten minutes of offering, the egg sold for GBP 8.98 million (USD 12.6 million), barely shy of the GBP 9 million high gauges. The outcome was adequately still to break the bartering record for a Fabergé egg. It additionally set another high for watches at sell-off, just as Russian workmanship objects.

The Faberge Eggs history started with Gustav Faberge who established a jewelry firm, the House of Faberge, in 1842 in St. Petersburg, Russia. Gustav Faberge, the son of a Livonian carpenter, moved from Livonia (present-day Estonia) to St. Petersburg in the 1830s to train as a goldsmith with further plans to start his own jewelry business. In 1841, Gustav Faberge got the title of Master Goldsmith and in 1842 opened his retail jewelry shop. It wasn’t the time for Faberge Easter eggs yet, the jewelry crafted in the Faberge shop were quite the usual rings, brooches, and pendants. Later Gustav Faberge married Charlotte Jungstedt, the daughter of a Danish artist, and in 1846 they had their son, Peter Carl Faberge.

Peter Carl Faberge, more known as just Carl Faberge, was studying goldsmith and jewelry craftsmanship for almost 20 years before taking over his fathers’ company. He received tuitions from highly skilled goldsmiths in France, England, and Germany and then had been mentored for 10 years by his father’s Workmaster Hiskias Pendin, who was managing the Faberge House after Gustav Faberge retired in 1860 to Dresden, Germany. In 1882, Carl Faberge was awarded the title of Master Goldsmith, and after Pendin’s death in the same year, he took over the firm.

In 1885 a new page was added to the Faberge eggs history when Tsar Alexander III noticed and remarked one of Faberge’s restoration works at the Pan-Russian Exhibition. It was the beginning of the association of Faberge with the Russian Tsars. Later the same year, Alexander III commissioned the House of Faberge to make an Easter egg as an Easter present for his wife, Tsarina Maria Fedorovna. The first Faberge Easter egg was done as a normal Hen egg and enameled on gold. The parts of eggs pulled and revealed a gold yolk, which in turn opened and had a replica of the Imperial Crown with a suspended miniature ruby egg.

The present was welcomed and tradition had established for a Tsar to give his Tsarina a surprise Easter egg, and these Easter eggs were crafted by Carl Faberge. After a while master was given full freedom of design and even a Tsar didn’t know what was a surprise in the master’s work. With the year’s Carl Faberge’s Easter eggs got much more elaborated. The House of Faberge produced 54 Easter Eggs in total for the period of 32 years from 1885 to 1917 adding more pages to the Faberge eggs history. The Eggs started in 1917 had never been finished due to understandable reasons, and the House of Faberge as it was known ceased its existence.

The Faberge Easter eggs and jewelry had been reproduced in many ways for the past years by many jewelry firms, companies, and houses, and some of them being sophisticated and artistic pieces, where others are less so. Considering that there were only 42 original eggs recovered, the chances of seeing one on Faberge eggs for sale are not very high. Yet even a good reproduction can make a decent collectible item or a very nice present. 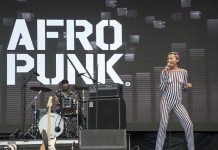 The Best Music Festivals in the World 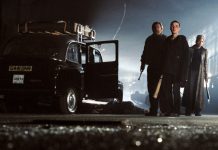 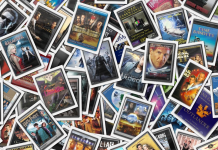 Top 10 Anniversary Gifts for Special One in 2021

Things Expecting Mothers Should Be Ready for Postpartum

How Point of Sale Software Can Help Your Business Succeed

Are dabs stronger than cartridges?

The Best Growing Use Of Herbal Medicines by Best Hakeem in...

Imagine you have No skills For Arts And Crafts