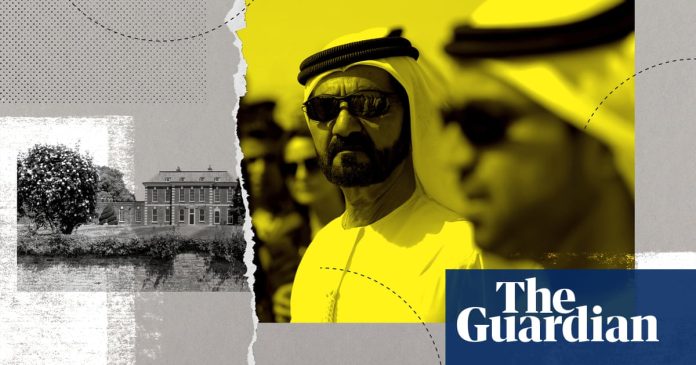 “One of the largest landowners in the United Kingdom” and his real estate wealth “exceeds the size of the estates of the Queen (Elizabeth II)”.

This is the conclusion of a lengthy investigation of the British newspaper “The Guardian” about what it described as “the ruler of Dubai real estate empire in the United Kingdom”, which in total amounted to more than 40,000 hectares (about 100,000 acres) in London, Scotland, and Newmarket (North London).

The report, authored by David Kean, Harry Davis, and Sam Cutler, details how the vast real estate portfolio owned by Sheikh Mohammed bin Rashid Al Maktoum and his close family ranges from mansions, stables, and training grounds across Newmarket – the world center of thoroughbred racing – to the white houses of most neighborhoods. The history of London, down to the wildlands including 25,000 hectares in the Highlands of Scotland.

The Guardian identified these vast private properties linked to Sheikh Mohammed, the UAE’s vice president, and prime minister, through land registry records and corporate filings, in cooperation with Transparency International.

Noting that the newspaper noted that “the exact size of Sheikh Mohammed’s real estate properties in Britain is not known because the majority of it is owned by offshore companies in the tax havens of Guernsey and Jersey”, two islands in the English Channel that belong to the British Crown.

The report described the real estate ownership of the ruler of Dubai in Britain as a sprawling empire. For example, Sheikh Mohammed’s property “Long Cross” worth 75 million pounds (more than 100 million US dollars), was purchased in 1976. While the property has since been registered as owned by a Guernsey company, it has gained a reputation Bad since the daughter of the ruler of Dubai, Princess Shamsa, tried to escape from him 21 years ago.

Sheikh Mohammed’s real estate portal was not affected by this incident but rather began to grow. Last June, three months after the British High Court ruled that Sheikh Mohammed was detaining two of his daughters (Princess Shamsa and her younger sister Princess Latifa) against their will, the same company in Guernsey bought the gigantic Woodhay Palace in Surrey (southeast of England). , for 13 million pounds (about 18 million dollars).

Spread across Newmarket, has long been a feature of the city, where horses in blue livery can be seen roaming between his historic stables and the open spaces of his training pastures as well.

The real estate owned by the sheik through another Guernsey-registered company appears to “make up about half the city”, including more than 100 properties.

The Dubai ruler’s real estate investments in Britain were not affected by the kidnappings of his two daughters, Princess Latifa and Shamsa, nor by the case of Princess Haya.

Rather, it became one of the sources of his power and influence and the means that paved the way for him to reach the most prestigious classes of British society

But his ownership of iconic properties in some of London’s finest parts such as Knightsbridge, Belgravia, and Kensington is described by the Guardian as “less famous”. In 2013,

A company from the Dubai ruler’s family purchased a property in historic Eaton Square in Belgravia for 17.3 million pounds (about 24 million dollars).

Source Of Power and Influence:

According to the British newspaper, the 40,000 hectares owned by the ruler of Dubai constitute “one of the sources of his power and influence in Britain.

” While Jay Shropsol, the UK’s leading expert on land ownership, sees it as making him “one of the largest landowning families in the country” and “[his real estate portfolio in the country] exceeds the size of the Queen’s estates.

She emphasized that his unrivaled investment in horse racing, more than 600 million pounds (about $830 million) between 2011 and 2020 alone, had brought him into the highest ranks of British society and made the field, horse racing, and the city of Newmarket increasingly financially dependent on him.

She also hinted that the “growing fame” of the Sheikh and the “flourishing fortunes of the Emirates” in Britain led to an increase in the influence of the ruler of Dubai with the British establishment.

The findings of the “Guardian” raise questions about the secret nature of the huge ownership of the real estate in Britain and the possibility of structuring some companies to avoid sales tax. Sheikh Mohammed’s lawyer denied this, saying that his “financial affairs are private and confidential.”

This was partly illustrated by the lawsuit brought by Princess Haya bint Al Hussein, the sixth and former wife of Sheikh Mohammed, during a family dispute to the British High Court, where she said the Cambridgeshire Police investigation into the abduction of Princess Shamsa was halted in 2001 after protests were lodged with the British government on behalf of Sheikh Mohammed.

The British Foreign Office denied responding to this claim, refusing to comment on what would “belittle the UK government’s ability to protect and promote UK interests through its relations with the UAE.”

Guardian said that its findings regarding the dense real estate portfolio of the ruler of Dubai in Britain raise logical questions about the secret nature of the large volume of real estate ownership in Britain and whether it is structured in ways to avoid paying UK taxes when selling real estate.

The Guardian: Promotion on social media in preparation for the return of Saud Al-Qahtani

The Guardian newspaper published a report by its correspondent in the Middle East, Martin Shuloff, translated by “Arabi 21”, in which he said that a Saudi official accused of overseeing the murder of Jamal Khashoggi is gradually returning to the spotlight and power.

Zhukov said Saud al-Qahtani, an aide to Crown Prince Mohammed bin Salman, was celebrated by pro-government websites as a patriot.

The newspaper added that three years after the killing of the journalist Khashoggi in the Saudi consulate in Istanbul, the royal court adviser Al-Qahtani is being quietly returned to the public department through the influencers on social media platforms and the assertion that he is a patriot who served his country well.

The newspaper noted that social media accounts supporting the government published content celebrating al-Qahtani a prominent adviser to Mohammed bin Salman, in a move seen as a gradual return to power in Saudi Arabia.

Al-Qahtani disappeared from the public scene after the heinous crime in Istanbul, which shocked the world and almost obstructed the prince’s path to power.

A close friend of Mohammed bin Salman was seen in the royal court, and he is accused of orchestrating a murder, a heinous crime whose details were recorded through devices planted by Turkish intelligence in the building.

But Sheikh Mohammed’s lawyer refused to confirm any details of the real estate or companies it owns, saying that his “financial affairs are private and confidential,” denying that the properties owned by the ruler of Dubai were bought by foreign companies, or that they are structured to avoid taxes in the United Kingdom

In June, three months after the ruling, the same Guernsey company that had bought Longcross, Switch Properties, bought Woodhey Palace in Surrey for £13 million, a massive whitewashed block with a classical colonnaded entrance.

It was also stated in the offer for sale that it is “a luxurious palace with ten bedroom suites, a number of living rooms, entertainment rooms, a cinema hall, banquet hall, and a swimming pool.” It is built on 10 hectares and is four miles from Ascot, where he races his horses from the Godolphin stables.

He commented that Dubai Properties in Newmarket are well-known, especially that the headquarters of his stables, “Godolphin”, is where you can see his horses training in the open spaces. But what is not known is his ownership of a number of private properties in some of the most prestigious areas of London: Knightsbridge, Belgravia, and Kensington.

In 2013, one of his companies bought a property in Belgravia and historic Eaton Square, which was owned by the Duke of Westminster, for 17.3 million pounds. In 2018, he bought the “Rutland House”, a six-story building in Knightsbridge, and was the subject of media attention, paying a huge amount of 61.5 million pounds.

As well as the profit made by Christian Candy, who oversaw the development of the property and provided it with an underground swimming pool, an aquarium and a cinema. The identity of the owner is not known at the time because the company that bought it “Lysium Limited” is registered in Jersey,

A tax haven where the identity of the beneficiaries or owners is not revealed. The newspaper investigated and found that “Lysium Limited” owns “Warren Towers”, which is the most important property of the Sheikh in Newmarket and overlooks the training ground for his horses.

The newspaper comments that the emergence of Sheikh Mohammed in Britain and the Emirates increased his influence within the British establishment. At the height of the case, which was brought by his wife, Princess Haya Al Hussein, in which she claimed that the Cambridgeshire police had stopped the investigation into the kidnapping of his daughter, Sheikha Shamsa after he intervened on behalf of the sheik before the British government.

The Foreign and Commonwealth Office, which denies interfering, has refused to disclose the information it holds, saying doing so would affect the British government’s ability to promote and protect British interests through its relationship with the United Arab Emirates.

Explore the Reasons to visit Miami on your next vacation 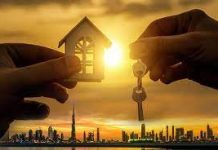 What is Dubai Land Department And What Does It Do? 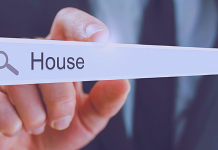 Factors to Consider When Pricing Your Junk Removal Service Dubai

Everything You Need to Know Before Purchasing a Graphics Card

Where to Find Co-Working Office Space in Lahore?

5 WAYS MEN CAN INCREASE THEIR BOOST YOUR LIBIDO