One of the most important postulates in physics is the law of conservation of energy and energy conversion. According to him, it exists in a certain amount, while its meaning is unchanged. When performing work, energy is converted from one type to another. In this case, it can also be transferred between bodies, for example, a spring with a load. This phenomenon is used in many modern technologies. Moreover, the transformation rules are valid for both the micro and macro world.

The word “energy” has many uses in everyday life, in areas that have nothing to do with physics. For example, an active person may be called energetic. But in science there is a strict definition of a concept. To perform any action, you need to do work. But for this you need something.

A person – to feed, the simplest mechanism – to start, some object – to raise and lower.

Thus, bodies or their systems are said to have energy if they are able to do work. In other words, they are characterized by a physical quantity that describes the ability to perform an action. It is customary to denote energy by the Latin letter E, and to measure it in joules [J]. In the CGS system (centimeter-gram-second), [erg] or [g * cm2 / s2] is taken as a quantitative unit.

For the first time the word “energy” was mentioned in his works by Aristotle. By it he understood action. Leibniz used the term “live force”, which he defined as the product of body mass by the square of speed. He suggested that the force lost during the performance of the work does not disappear, but passes to other atoms. For example, with friction. But only in 1807, Thomas Jung not only introduced the word “energy” into everyday life, but also predicted the existence of two of its types.

In the scientific world, there has been a long debate about what, in fact, is a parameter – a substance or just a quantity. As a result, most physicists were inclined to believe that this is just a physical meaning that characterizes movement or its change. Today it is believed that energy is a scalar quantity used as a measure of various forms of work and interaction of matters, as well as the transformation of a substance from one form to another.

Perhaps the most important principle in nature is the law of conservation of energy. It was established empirically. Its meaning lies in the fact that during any work in a closed system, there is a mutual transformation of energy from one form to another. That is, it does not come from anywhere and does not disappear anywhere, but can only be transformed.

Richard Feynman stated in 1961 that there are no exceptions to this law, and it is absolutely accurate. Essentially, it is a mathematical principle, according to which there is some numerical value that is constant under all circumstances.

This is not a description of a mechanism, but the essence of a natural phenomenon.

In nature, mutual transformations of energy are determined by the ability of bodies to perform this or that type of work. Since it is just a quantitative measure, it can only be measured when there is some change. The latter can be caused by any processes related to various branches of science. Unlike matter, which can be said to exist, energy is the fruit of human speculation.

Depending on the nature of the transformation, the following types are distinguished:

Scientists do not exclude the possibility of the existence of other types. In this case, the transition of energy from one type to another can occur both sequentially and in parallel.

For example, the transformation of light into chemical, mechanical – into electrical and thermal.

Most often, in physics, the transformation of energy is considered as the relationship between its stored value for work and that gained during movement. Since magnitude is the ability to perform an action by the body, it can be classified not only by its shape, but also taking into account the change in position. Depending on this, it can be of two types:

To understand the difference between one species and another, it is best to consider an example. Let there be a clock with a pendulum and a kettlebell. When the latter is lowered, the clock mechanism is activated due to the work of gravity. This means that the lifted weight has energy. If this clock is placed in space, it will not run. The point is that there the load has no weight, since there is no force with which the Earth acts on the weight. Therefore, the body will not have the stored energy. This means that the example is characterized by interaction.

Description of potential and kinetic energy

Similar actions occur when the spring is twisted, the emergence of an elastic force during deformation. Energy caused by the interaction of bodies or parts of one substance is called potential. Its calculation depends on the chosen system. The value for a body raised above the Earth can be defined as Ep = m * g * h, where:

m is the mass;
g is the acceleration of gravity;
h – height.

For example, when a body is lifted up an inclined plane, a potential is given to it. In fact, this is useful work. It should be noted that Ep depends on which level the height is measured. But it should be borne in mind that work is equal to change.

Suppose you need to hammer a nail into the wall. To do this, you need to take the tool aside, and then strike. In other words, disperse the hammer. Before touching the head of the nail, the tool will pick up speed, which allows the hammering work to be done. It turns out that any moving body has energy. It is called kinetic. Its value depends on body weight and speed. It is found by the formula: Ek = m * v2 / 2, where:

m is body weight;
v is the speed of movement.

These 2 types are closely related. At the same time, very often, with various actions, there is a transformation of one type into another. In the world around you, you can independently observe how energy is transformed. For example, when any body moves down.

True, for this, certain conditions must be met. For example, this weight can be lowered from an inclined plane. In this case, friction will be present. As a result, movement can be uniform. As the body descends, its potential value decreases, but due to the fact that there is no acceleration, the kinetic value does not change, so in this case the energy will not be converted.

If the body wants to toss, it needs to be informed to Ek at the expense of the thrower’s work. But at some point, the kinetic value that the body has will become equal to zero, and it will stop.

But at this moment, the potential work will reach its greatest value.

Thus, it can be argued that if there is no friction in the system, the transformation of energy from one type to another will be symmetric: as one decreases, the other will increase by the same amount. This means that their sum will be constant. It is called internal energy.

You can clearly see how energy is converted on a device called a filament pendulum. They consist of a bracket on which the ball is suspended. If the body is taken to the side, for this you need to apply force, that is, to do work. It goes to the message of potential. The moment the ball is released, it tends to descend under the influence of gravity.

The height gets smaller and the potential decreases. At the lowest point, it will be zero. But Ek will gain its maximum value. But bodies have the property of inertia, and the ball will begin to rise again. Air resistance is negligible, so the body will occupy the same height, but from the opposite side. Its potential will grow again, so we can say that whatever transformations of energy would not take place, the measure of the transformation will be work.

As a vivid example of a transition, we can describe the operation of a household heater. Electrical energy is supplied to the coil, which resists the current. The result is the transformation of electricity into light and heat. 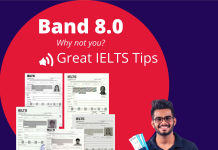 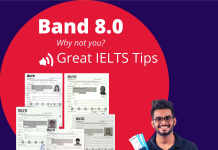 How To Get IELTS Certificate Online – Buy IELTS certificate Without Exam 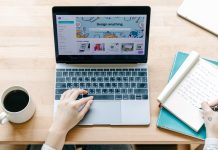 7 Types Of Writing You Need To Know

An Overview of Angel Aura Quartz’s Meaning and Uses

Pain Management Guidelines for Back Pain

How Do I Cancel a Southwest Flight – Cancellation & Refund Policy