The debate on whether dabs are stronger than cartridges is prevalent in the stoners’ community.  For many people, it remains a mystery about which of the two vape devices/ concentrates is more potent, healthier, and efficient. This article reveals this mystery to you. But first of all…

What are dabs? What are cartridges?

The major difference between dabs and cartridges lies in the type of products infused in them that you inhale. Dabs are enriched with various marijuana concentrates, including wax, shatter, budder, live resin, rosin, honeycomb and crumble. On the other hand, cartridges are pre-filled with specific types of e-liquids or e-juices such as CBD oil and THC oil.

Are dabs more potent than cartridges?

Both cartridges and dabs are more traditionally more potent than raw cannabis flower buds. However, their potency depends on the product you need to inhale. For example, high-quality dabs have a THC concentration of between 60 to 90%. The THC content in the e-liquid in cartridges is usually between 15 % to 90 %.

Thus most dabs are usually stronger than cartridges when it comes to THC concentration. You will also find that cartridges are strongly potent in other cannabinoids such as CBD than dabs.

Are dabs healthier than cartridges?

You may also be concerned about which of either dab or cartridges is the healthiest.  To many people, this matter is still a mystery. Some will tell you that dabbing is healthier than using cartridges while others will tell you vice versa. You can also find some opinions that none is safe.

However, dabbing usually involves the use of high temperatures. Sometimes these high temperatures may end up combusting the concentrate. Fortunately, some dab devices let you control the temperature. You can set it at a range that will give the best, smooth, and less toxic vapor.

On the other hand, some manufacturers add additives in pre-filled cartridges for various reasons, including adding on flavor. Some of the additives have been identified as carcinogenic when heated and vaporized. They include propylene glycol and ethylene oxide. You should always be careful not to purchase a pre-filled cartridge that contains harmful carcinogens.

Dab pens are devices used to consume dab concentrates. They usually have the same size and shape as a standard office pen.

The battery provides the power for heating the atomizer, which is where you place your dabs. The mouthpiece is where you tap the vapor. Dab pens’ atomizers come in three main varieties; quartz coil atomizers, quartz bowl atomizers, and ceramic bowl atomizers. Quartz atomizers heat up quickly and a lot of hot and intense vapor. Ceramic atomizers create more flavorful hits.

Oil cartridges are very easy to use as they only require you to activate the battery after connecting it with the cartridge and inhale through the mouthpiece.

Dabs and cartridges are the future of cannabis consumption. Since campaigns on the legalizing of some cannabis products are becoming successful in various states, soon more people will be seeking the improved potency and flavor obtained from dabs and cartridges.

Also, dabs and cartridges are gaining popularity because they have been found to have health and wellness benefits. Researchers have found out that the THC and CBD cannabinoids, found in dab and cartridges, can help in relieving several forms of pain, treat insomnia and reduce anxiety & depression.

Dabs are more likely to intoxicate you than oil cartridges due to their higher THC concentration.

Also Read About: Introduction about E-liquids

Why there’s a requirement for career planning and the way one can do it?

4 Tips to Prepare Yourself For IELTS Exam

How to get Marriage After Separation

How Industries Use CAD Architecture Software 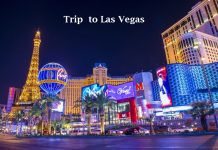 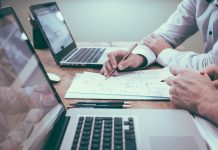 5 Businesses you can start with $300 or less 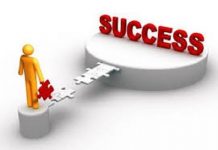 Business Ideas That Will Shine In 2021 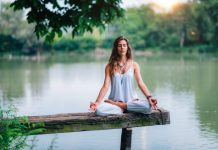 Why there’s a requirement for career planning and the way one...